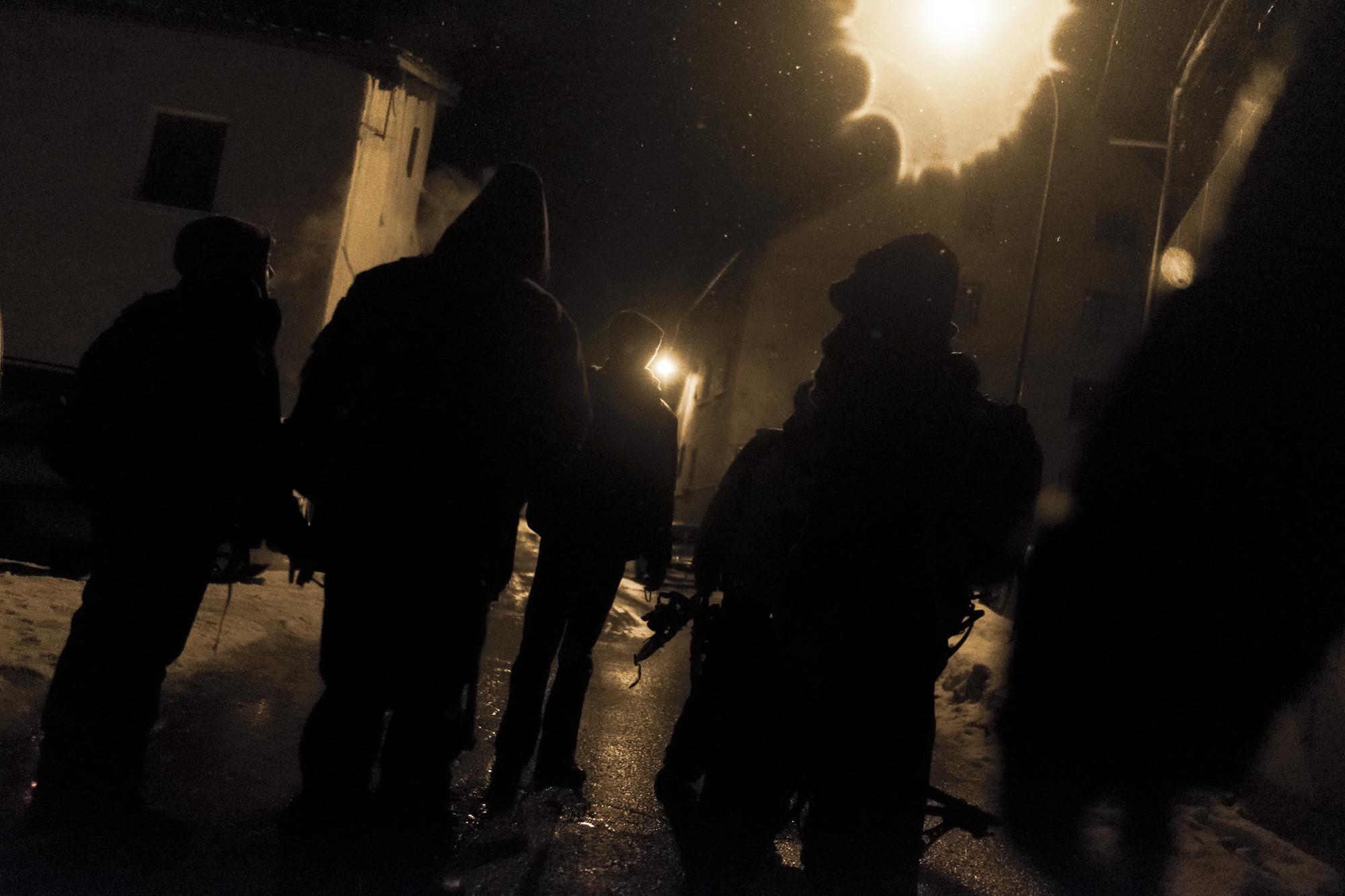 Activists and volunteers from different European countries (France, Italy, Germany) organize a night round in the Montgenèvre to help refugees lost in the snowy mountains. 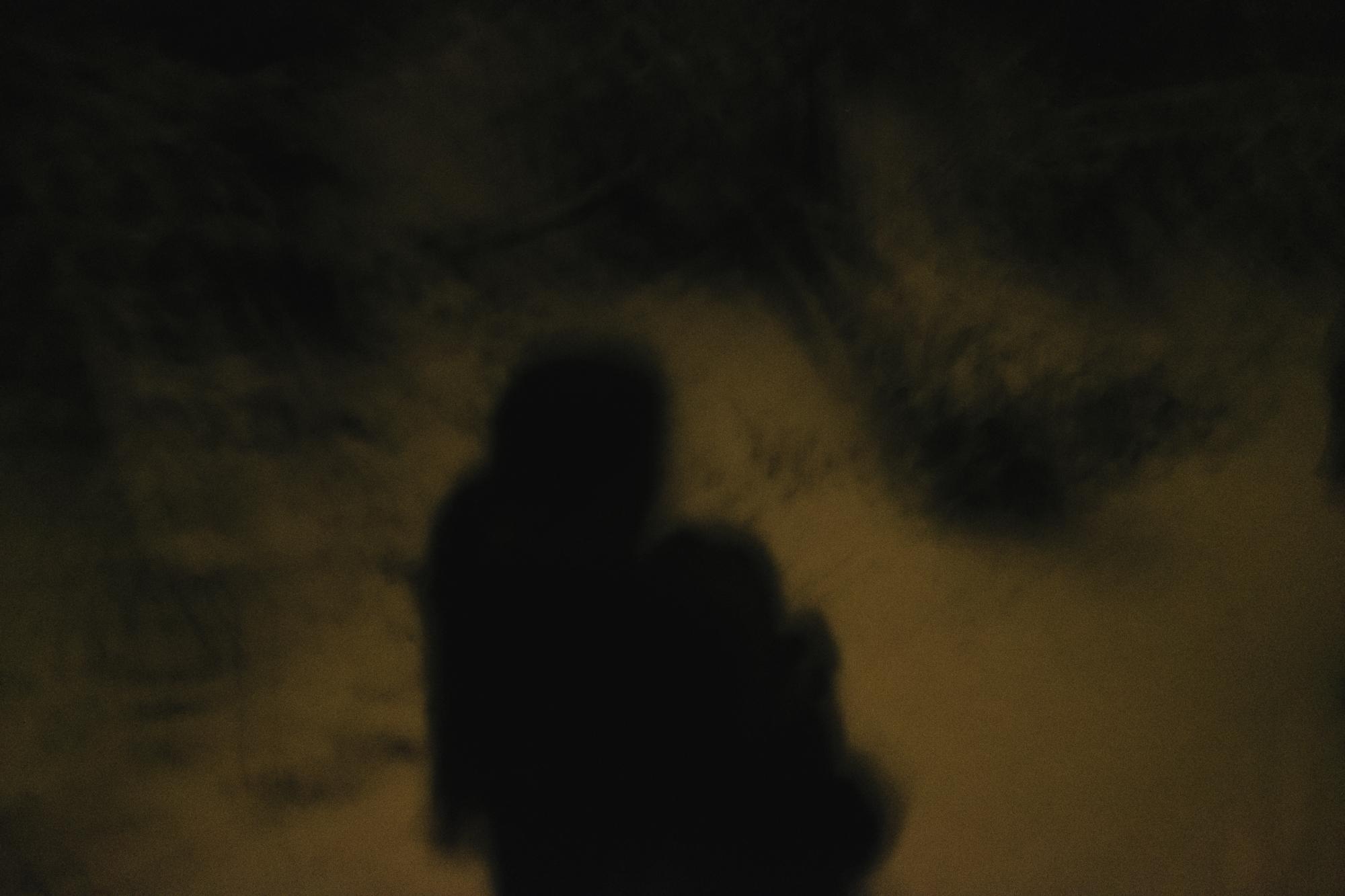 Wahabzada left Afghanistan in 2019. She spent seven hours in the mountains with her two children and husband before receiving help. 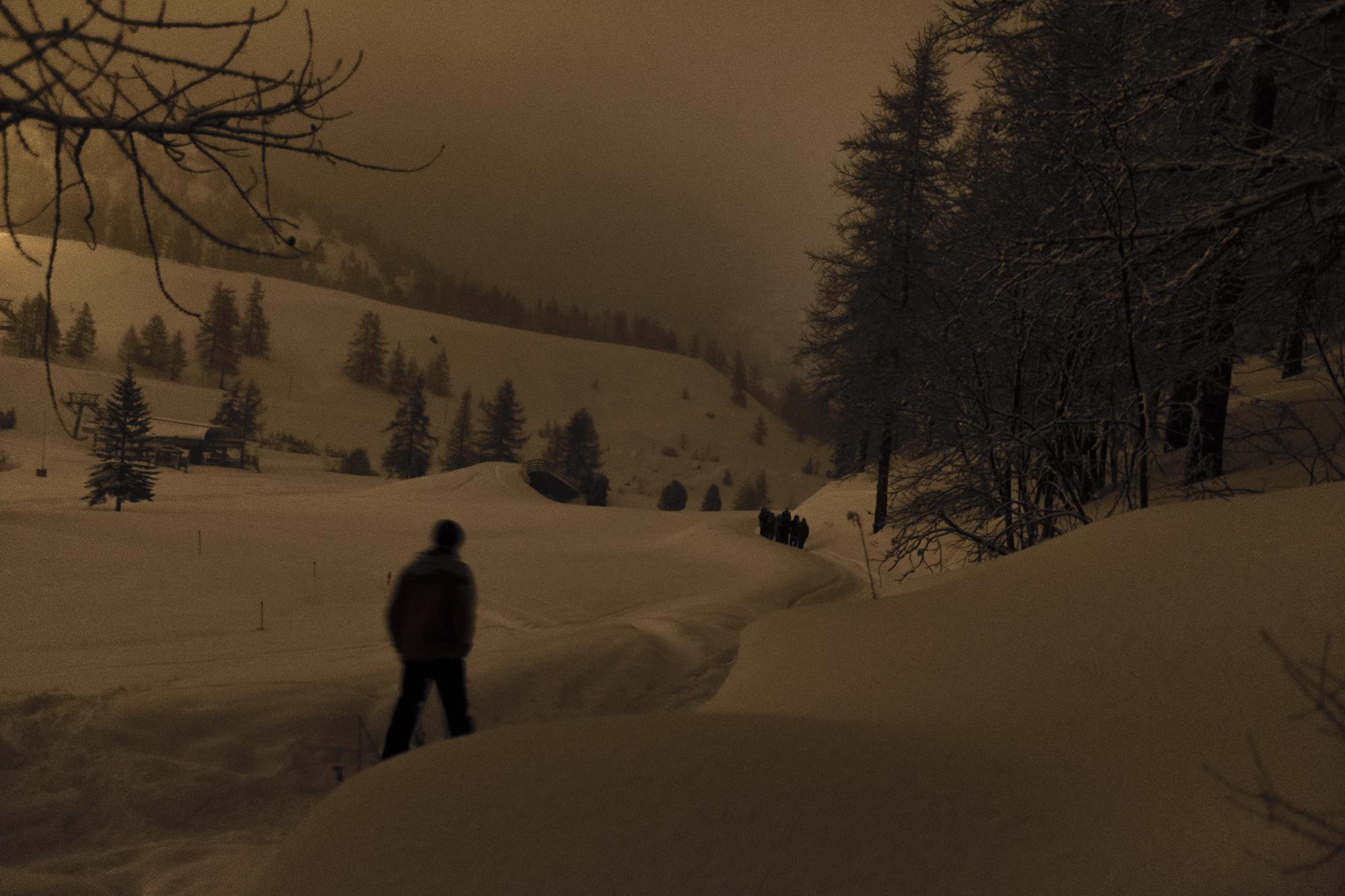 After several hours of walking in the night, the marauders met an Afghan family in the heights of Montgenèvre. 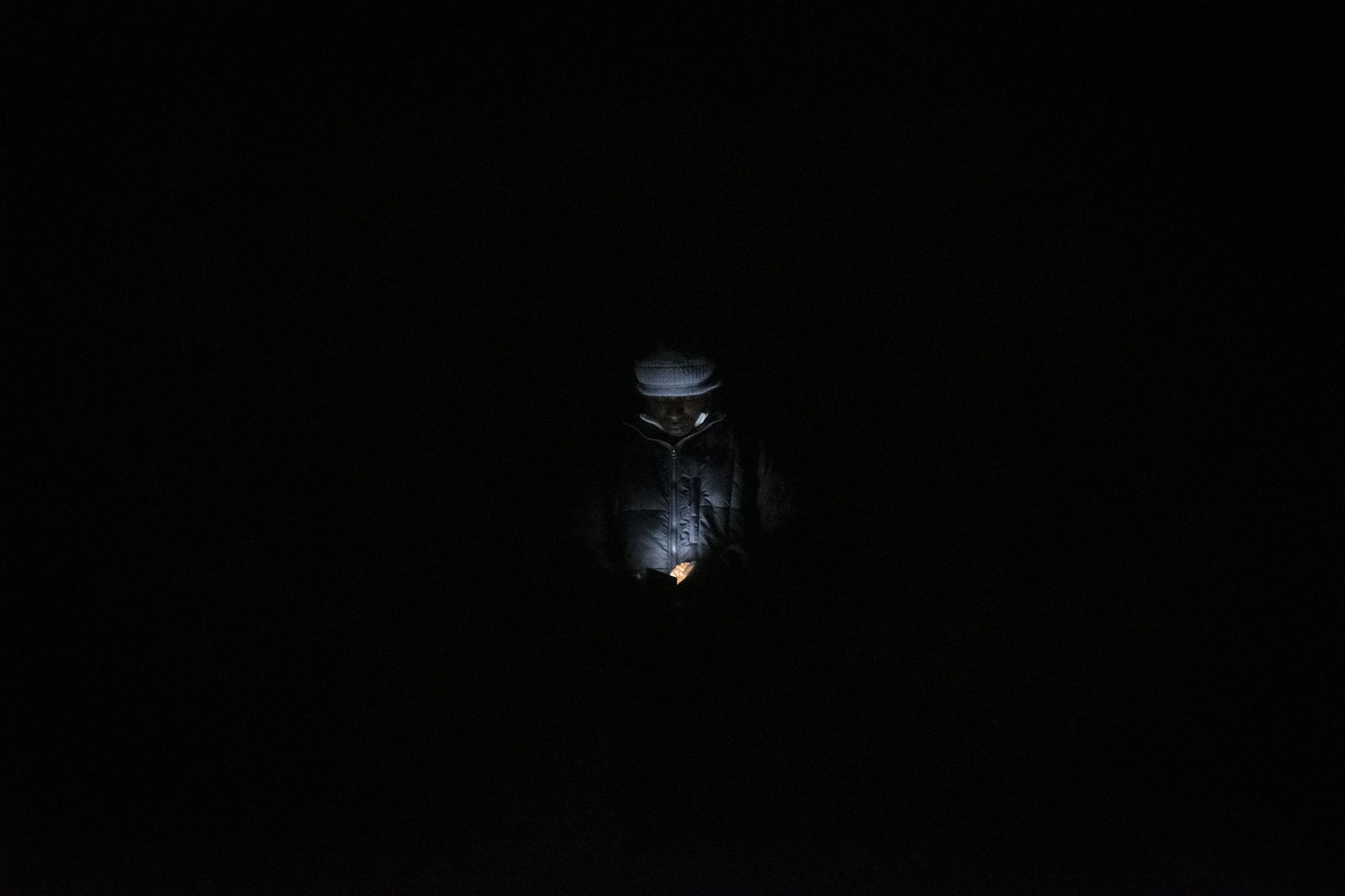 In the middle of the night in the snowy Montgenèvre, it is difficult for the refugees to find their way safely without being visible to the police patrols. 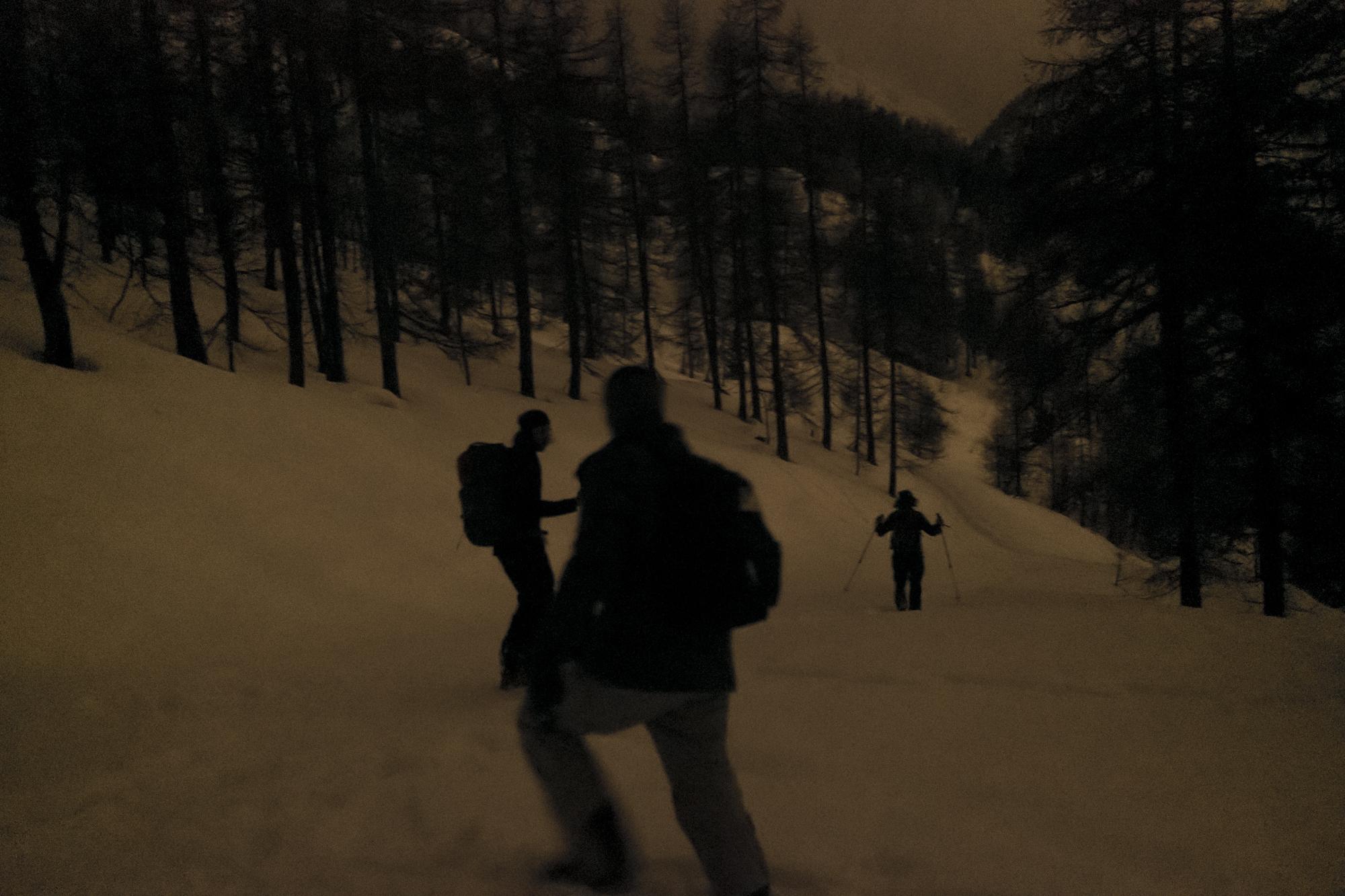 After encountering the marauders, the exiles progress through the snow-covered mountains on rugged paths and little visibility. 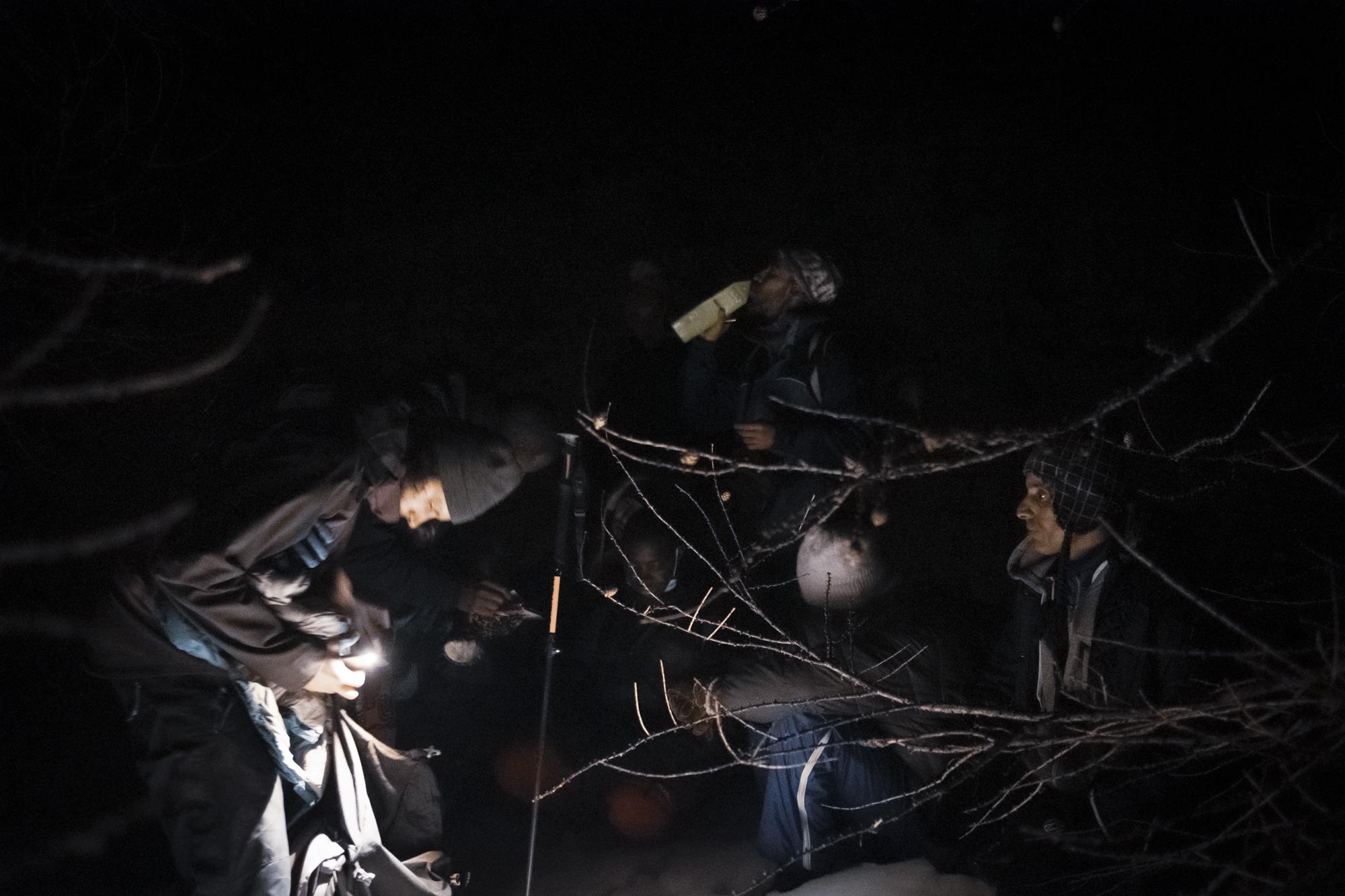 A group of African refugees meet a group of marauders in the heights of Montgenèvre who offer them fruit juice and hot drinks. 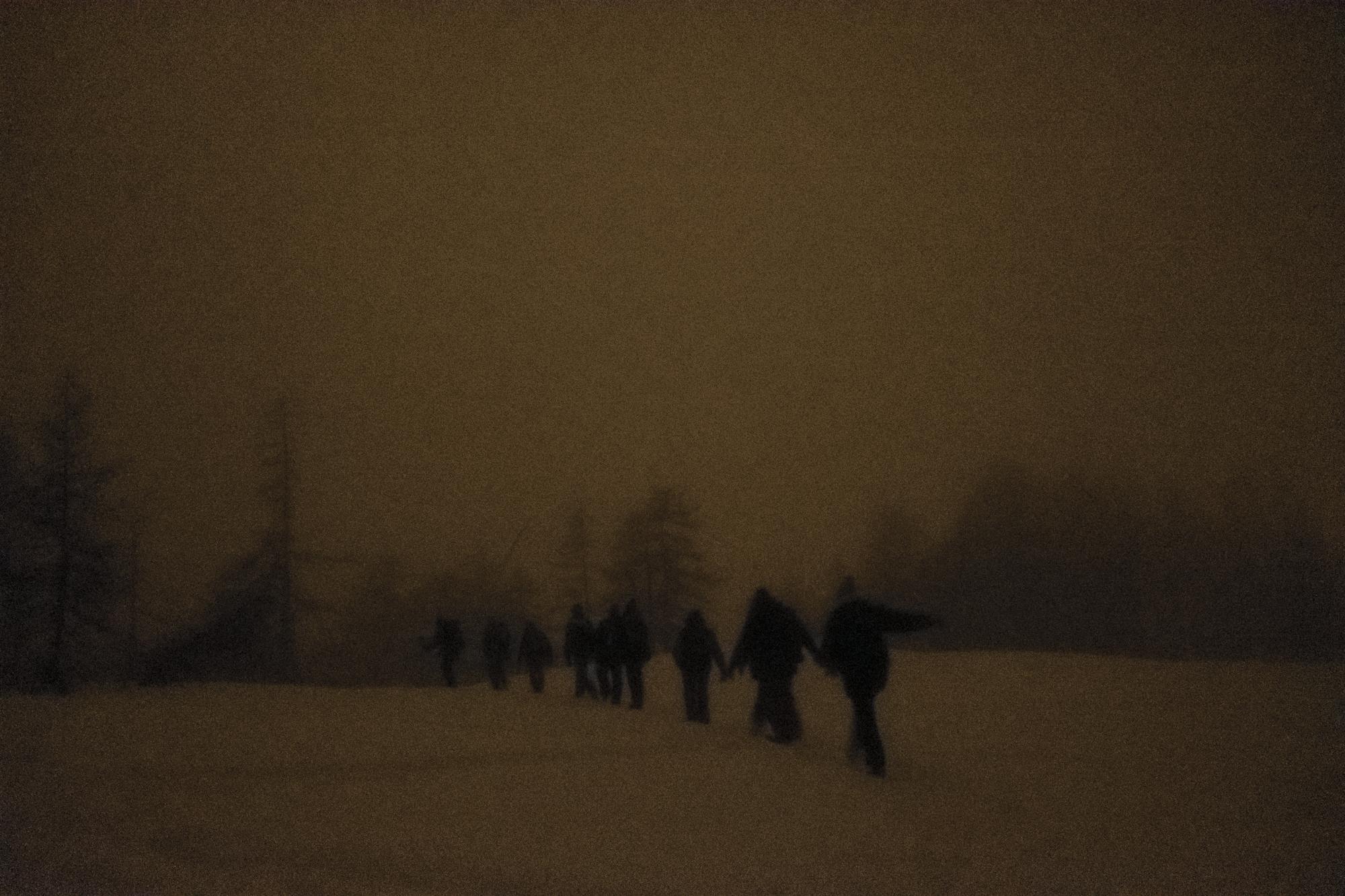 Winter 2021 in Montgenèvre, the borders being closed, families of refugees cross the mountains at night, with snow, under the sandstorm, and in extreme conditions to find asylum in France. 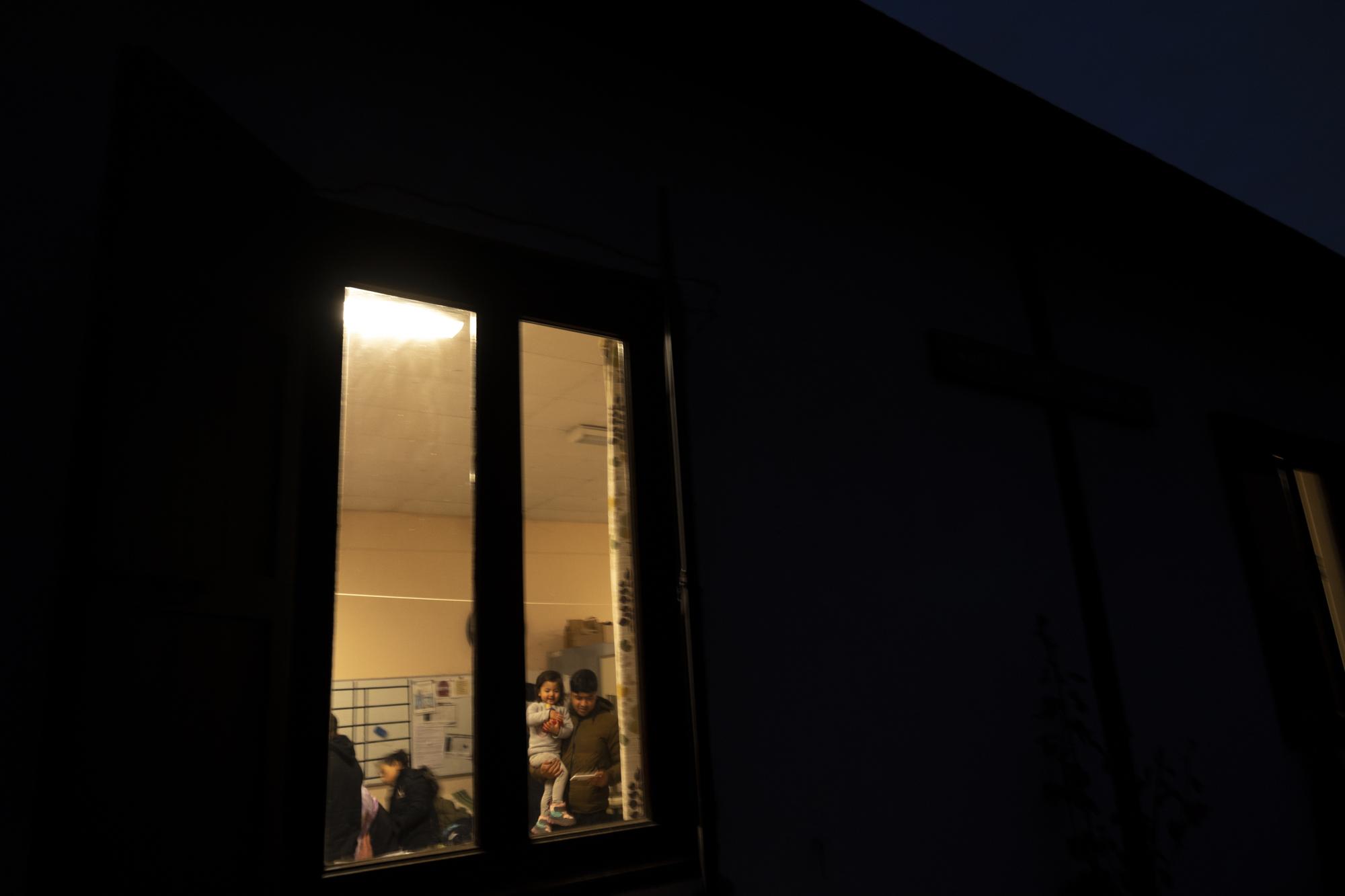 Haidari is from Afghanistan and left his home country with his family in 2019. His journey was made very often at night and on foot. In each country he crossed, he faced great difficulties. "I made this long journey with my family and my daughter, who is three years old; I want her to have a bright future. In Afghanistan and with the Taliban, everything is dark; I was an electrician, and every day when you leave your house, you don't know if you will be able to return and see your family again; we were living in fear. Today, honestly, I feel safe, watching my daughter play outside, running around; I don't have words to describe.»

"The night I arrived in France "

For several years, European borders have been under strain, and while member states denounce Polish and Belarusian practices, migrants face harsh situations crossing borders within Europe.
Security, controls, and push-backs do not stop migratory flows; they endanger people in exile who have to take increasingly risky routes. Winter is coming, and the arrival of migrants from Italy via Montgenèvre will continue throughout the season, invisible, in the shadow, and still with the hope of finding humanity in the heart of exile, a safe place to stay and become.